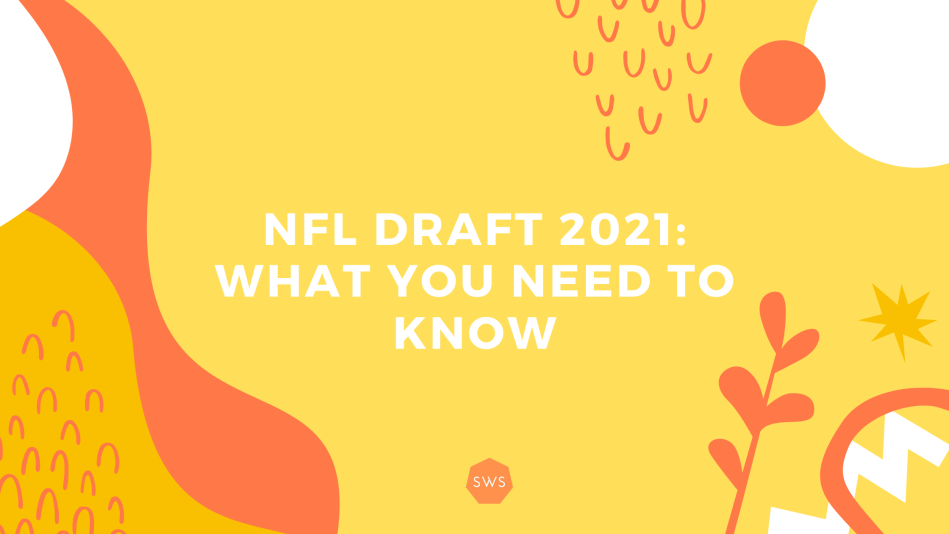 Believe it or not, but the 2021 NFL Draft is just two weeks away. The draft class this year is stacked, and it’s becoming increasingly more difficult to avoid the drama. Who will the Jags pick? Who will the Jets pick? What in the world are the Eagles doing? It’s more than enough to make your head spin. So, we’re here to help you. Here are the five most important things you should know about this year’s NFL Draft.

Last year we saw the first-ever all-virtual NFL Draft. With vaccinations rising and the light at the end of the tunnel approaching, this year’s NFL draft will be in-person again in Cleveland. A select few of the draft prospects will be in person, on the stage at the draft. The remaining prospects will attend virtually. NFL teams will be able to have a Draft Room this year, whether it be on-site in Cleveland or at the team’s facility, with Covid-19 protocols still in place. Each NFL team selected a group of fans to represent their team at the draft as ‘draft ambassadors’ who will sit in the ‘inner circle’; all present fans must be fully vaccinated to attend.

Strap in for this one. Trevor Lawrence is the projected number one overall pick, which belongs to the Jacksonville Jaguars. However, new Jags’ and former Ohio State head coach Urban Meyer was previously not completely sold on Lawrence. Meyer has been very open about how the team is not dead set on taking Lawrence with their pick and has even hinted at taking Justin Fields from Ohio State instead. He has changed his tune a bit as of a late, but the possibility still lingers. That being said, if Jacksonville does shake up the draft order by selecting Fields, will the Jets at number two pick up Lawrence? Or are they leaning more towards Zach Wilson from BYU? Who will they take? However this plays out, it’s safe to say that this year’s QB class is strong, making the decisions for teams in need of a man under center all the more difficult.

Here are the picks by the numbers. The Eagles lead the league in total picks this year with 11, and they have since traded their sixth overall pick to the Miami Dolphins for this year’s 12th overall pick (that the Dolphins inherited from the 49ers) & a 4th round pick along with Miami’s 2022 first round-pick. Anyway, here’s a breakdown by each team. See where each team picks here.

The league announced that this year’s salary cap will be set at $182.5 million, an 8% decrease from last year’s total of $198.2 million. The Jaguars, Jets, and the Colts currently have the best cap situations in the league with plenty of money to spend. The Jaguars are arguably in the best cap situation in terms of getting talent to progress their rebuild. Adding depth and talent to support whichever QB they draft is crucial to get this team back into at least playoff-contending form, and they have plenty of money to spend to do it.

It’s no secret that this year’s draft class is absolutely stacked with talent. Not only is there an immensely talented QB group, the WR class is on another level this year. Big names like Ja’Marr Chase (LSU), DeVonta Smith (ALA), and Jaylen Waddle (ALA), among others, are sure to make an instant impact in the NFL. There’s also incredible depth upfront in both the interior offensive line and offensive tackle positions. Every year it seems that we hear about how talented a draft class is, but this year’s group feels particularly special.